Bakassi: From Uncertainty To Optimism

Bakassi: From Uncertainty To Optimism

With impressive achievements and reinforced security, things will never be the same again in the peninsula. 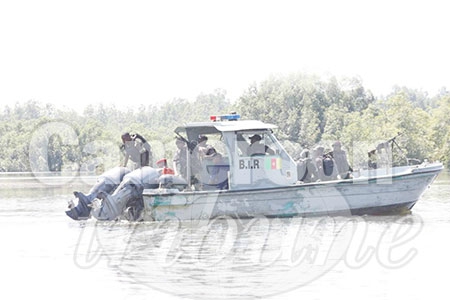 The future is studded with promising signals when one visits Bakassi, a peninsula with immense natural resources. For one week, Cameroon Tribune crisscrossed the length and breadth of the zone, and had an on-the-spot appraisal of the commendable infrastructural strides so far executed by the State.

We observed that government's investments cover some 18 ministries, with the lion's share going to Defense, Security, Education, Health, Fisheries, Mines and Water.  "From 2007 to 2014, the State has invested more than FCFA 30 billion in Bakassi. And when one evaluates the State's investments ever since, there is no year that less than FCFA 1.5 billion was spent,” reveals Chief Fotsop Dominic Yenai Asaah, Divisional Delegate, MINEPAT, Ndian.

A noticeable realization, among others, is the 72-kilometre Mundemba-Isangele-Akwa Road, dubbed by the people as "a dream come true." Though the road is currently in deplorable condition due to heavy rainfall, it is the only access road into Bakassi from the mainland. It links up three subdivisions in the peninsula; namely Mundemba, Isangele and Kombo Abedimo.

Health and education have also taken centre-stage with health centres, schools and residences for staff constructed. But this is not the end of the road for investments at the service of the population. When we visited Isangele, it was business around the clock. The beach market for fishermen, GBHS Isangele and residences for civil servants, were just some of the projects undergoing construction.

"I am so far satisfied with the level of execution of projects here. Unfortunately, most of the contractors do not respect time," says Felicia Ngweng Ndong, Council Development Officer, Isangele. With Bakassi under Cameroon's full sovereignty since August 14, 2013, some teething problems still persist such as lack of potable water, electricity and communication signals. But with ongoing investments discernible on the field, coupled with reinforced security, the future looks promising for the inhabitants.