Celestine Ketcha Courtes is among the three nominees for the FCFA 30 million José Eduardo dos Santos Prize in the small cities category. 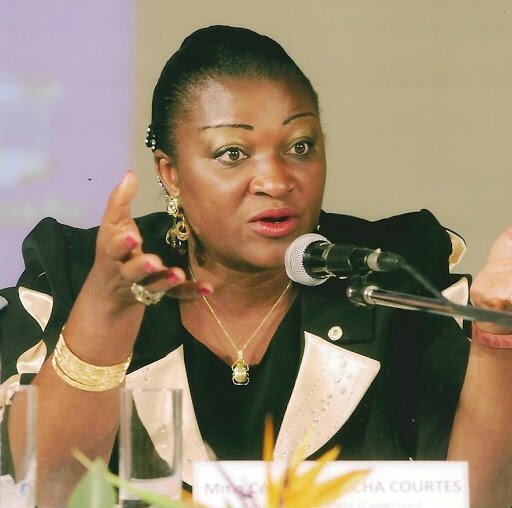 Bangante, the headquarters of Nde Division in the West Region is among three African towns retained for the final of the first ever United Cities and Local Governments-Africa (UCLG–A) “African Mayor Awards” in Luanda, Angola, on April 30, 2015. The Mayor, Celestine Ketcha Courtes, is among the leaders nominated in the Small Cities category of towns with up to 200,000 residents. The other towns are Arua in Uganda and Praia in Cape Verde, with the prize worth 50,000 US Dollars (about FCFA 30 million).

The African Mayor Awards programme recognises, celebrates and rewards city leaders who display exemplary qualities in leadership and vision, innovative thinking, management capabilities and integrity. Celestine Ketcha Courtes is not new to awards. Apart from the cleanest town in the West Region prize which Bangante Council under her leadership has repeatedly won, the Mayor on June 26, 2014, in Seoul, Korea, received the UN Public Service Award alongside 18 officials from 14 countries for her efforts in fighting poverty and promoting sustainable development. Back in 2012, her council won the first prize in local development initiatives when she constructed ecological latrines in schools and markets.