Over 1,000 women belonging to the Oyili Bininga Network (RESOBIL) of Women of the Lekie Division, Centre Region, thronged the courtyard of their Agropastoral Complex in Mbele, a village near Obala, on June 6, 2015. 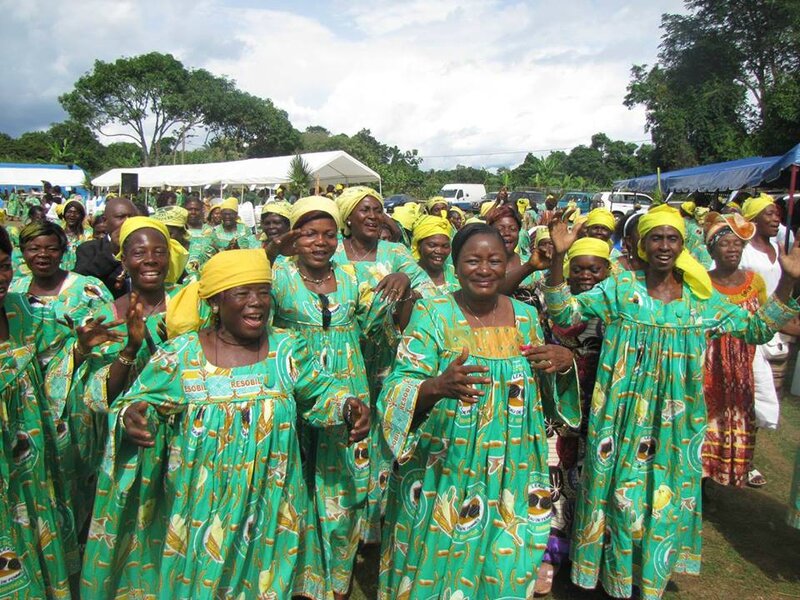 Dressed in green “kabas”, they had come to cheer the Senior Divisional Officer for the Lekie, Patrick Simou Kamsu, as he inaugurated a new building hosting the management office and staff canteen in the complex. The event was a highlight of the closing ceremony of RESOBIL’s 10th General Assembly.

The new infrastructure offers the services of a snack bar, a provisions store for RESOBIL staff working in several blocks of reproduction piggeries, poultries and barns of maize, amongst other activities seen in the complex. Prior to the inauguration, Patrick Simou Kamsu decorated RESOBIL’s President and Founder, Odile Eyebe Ayissi, with the medal of the “Knight of the Order of Valour” awarded by the Head of State, Paul Biya. The Senior Divisional Officer said the distinction was the State’s recognition of the Lekie women in general for successfully sustaining the RESOBIL chain of solidarity that has emancipated rural women in the Division. “For the past eight years, RESOBIL has moved the Lekie woman from the fight against poverty to emergence,” he said.

Farming tools, plastic chairs and kitchen utensils amongst others, were also handed by the RESOBIL Board to the various branches of the network during the ceremony punctuated by health awareness lectures and performances by several artistes. The jubilation was hilarious after the announcement by Odile Eyebe Ayissi of the imminent creation of a RESOBIL Credit Union.

Created in 2007, the RESOBIL network counts over 1,200 members and 43 branches spread in five out of the nine sub-divisions that make up the Lekie Division. The end of the 10th General Assembly gave an opportunity to celebrate achievements such as 38 common initiative groups (CIGs), income generating activities including over 30 hectares of maize farms, 25 fattening piggeries in 25 branches, a 500-fowl poultry in Nkol Evodo, food processing activities as well as the modern Agropastoral Complex in Mbele., amongst others.