In the next 24 months, the Regional capital of the South West will find enough drinking water for its fast growing population. 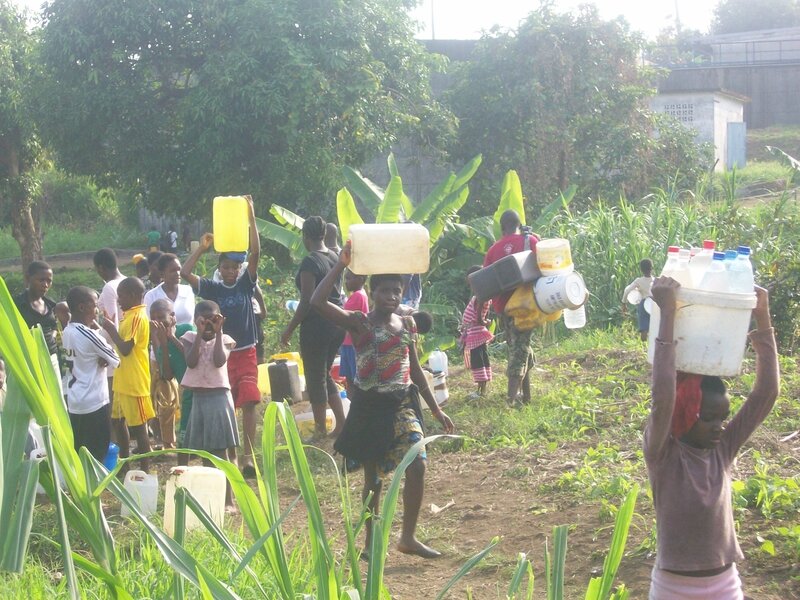 An expert team from the Eximbank USA has combed through the drought-stricken neighbouring towns of Buea, Mutengene and Tiko in a bid to stamp out their protracting water crises.

The mission, led by Abega Hubert, Technical Director with the Cameroon Water Utilities Corporation (CAMWATER), paid a courtesy call on the South West Regional Governor, Bernard Okalia Bilai, on June 9, 2015. The team was accompanied, same day, by the local administrative authorities to the various potential water sources in the localities. Ebot David Oballe, CAMWATER’s Regional Director for Littoral and South West, showed the experts round the existing water catchments with less than 10 per cent flow.

The group of experts has, however, left with the conviction that drawing water some 15 km away from the Meanja River (former powercam) in Yoke-Muyuka to Buea would be the lasting solution, though costly. Studies show that some 250 Cameroonians will be employed on the project.

At the Governor’s conference room, Abega told the audience that Eximbank USA would purvey a total 110 million US Dollars (about FCFA 63, 898, 729, 839) and deploy its latest technology to cause sufficient water-flow in the three towns. Abega, a hydraulic engineer, told the press after the team rounded off their visit that the project could be realized in the next 24 months. This requires that some 186 km of piping be done in Buea to bring water to the various neighbourhoods. Only in that way could the fast growing population of Buea, averaging 200,000 inhabitants, be satisfied with potable water. In the same vein, Mutengene and Tiko will enjoy a common water supply reservoir reaching 9,645 cubic metres of water daily for their respective populations of 50,000 inhabitants each.

Hydraulic experts want the population of Buea to know that their city is situated on the rocky and high gradient slopes of Mount Cameroon. In spite of heavy rains, the waters quickly run off with very little possibility of permeating the ground. In addition, the water table is unstable under the active volcanic mountain. As a third point, it becomes absolutely difficult to dig through the rock-strewn area to achieve boreholes.

The Buea water saga took its height during the preparations for last year’s 50th anniversaries celebrations in Buea. Authorities shortsighted the problem and did a quick-fix to lengthen the pipes, expand the reservoir and strengthen the water pumping capacity. That has not produced any expected effect as the inhabitants still ply several kilometers to fetch water even from unsure springs.