Construction works on the Cameroon - Congo interstate University in Sangmelima have been launched by a team of officials from the Ministry of Higher Education. 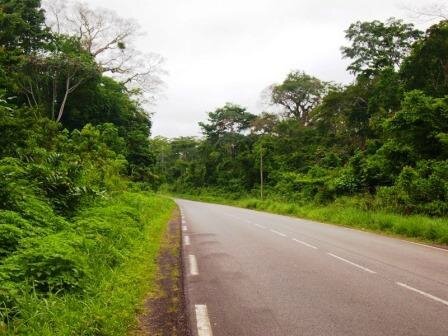 The starter of construction was given after a site visit of the two hectare piece of land to host the interstate university at the Congwet neighborhood in Samgmelima in the South Region of Cameroon.

During the event, the head of the company in charge of construction works, Dikoume said the University will consist of classrooms, libraries and offices and will be completed in two years’ time.

At the end of the visit, the Head of the Delegation of the Ministry of Higher Education, Prof. Marcel Florent Djodo announced that the lectures at the Interstate University will begin in October this year. For a start, Information and Communication Technology will be the only course to be thought during this 2015-2016 academic year and classes will be dispensed at the “Notre Dame College” in Sangmelima.

The project that has been estimated to cost three billion FCFA is a part of the Cameroon-Congo interstate university that which will be built in Cameroon and in Ouesso in Congo.

The Cameroon-Congo interstate university which was created in 2012 by President Paul Biya of Cameroon and his Congolese counterpart, Denis SASSOU NGUESSO will be an institute of technology. The institute that will have branches in Cameroon and Congo will promote the exchange of students, teachers and resources.