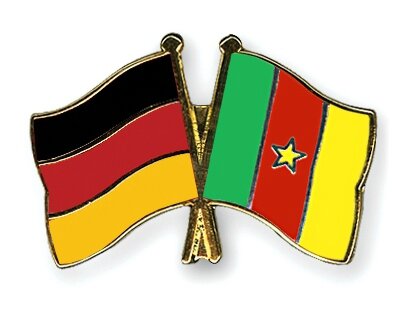 The Minister of External Relations received the German Ambassador amongst three personalities he received yesterday in Yaounde.

The Federal Republic of Germany will in 2017 deploy a military attaché to its Embassy in Yaounde as part of plans to strengthen defence cooperation with Cameroon. Germany’s designated Ambassador to Cameroon, His Excellency Holger Mahnicke, made the disclosure to the press on October 15, 2015 after an audience with the Minister of External Relations, Lejeune Mbella Mbella. “Reinforcing defence ties will also be the focus of an upcoming meeting with the Minister Delegate at the Presidency in charge of Defence,” he further said.

While reiterating Germany’s support to Cameroon and affected countries against the terrorist group, Boko Haram, Holger Mahnicke said other bilateral cooperation issues reviewed during the tête-à-tête included a visit to Cameroon by a group of German parliamentarians in a fortnight as well as the need to increase economic relations.

On his heels, was the Resident Representative of the United Nations Educational, Scientific and Cultural Organisation (UNESCO), Félix Loïteohin, who called to congratulate Minister Lejeune Mbella Mbella following the latter’s appointment in the October 2, 2015 cabinet shake-up. He also discussed the upcoming celebration of UNESCO’s 70th anniversary in a fortnight as well as the General Conference due to hold from 3rd to 18th November, 2015 in Paris, France.

Before the two aforementioned diplomats, Minister Lejeune Mbella Mbella had received the Acting Chargé d’Affaires in the Embassy of the People’s Republic of China, Mrs Lu Qingjiang, who handed to the External Relations Minister a letter of congratulations from her country’s Minister of Foreign Affairs, H.E. Wang Yi.