Execution of Emergency Plan:Strides and Exigencies

Execution of Emergency Plan:Strides and Exigencies 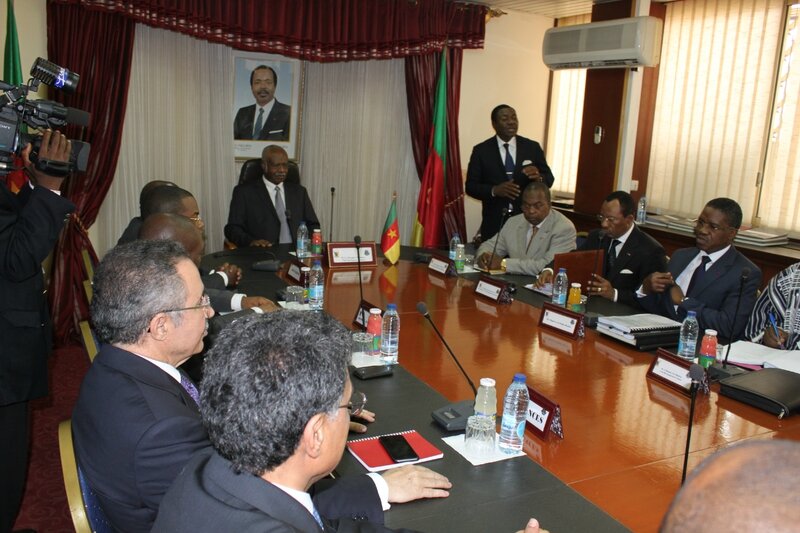 The question on many minds is certainly to know how far its execution has gone. The Prime Minister, Head of Government, Philemon Yang, in his presentation during the last Council of Ministers at the State House, October, 15 assured that everything was moving on steadily and surely. According to him, the first months that followed the launching of the programme were devoted to defining the modalities of execution. In effect, project masters went down to business immediately to finalize the projects that called for implementation from their departments. In this wise, it was necessary to identify and secure land that will host such projects as well as set the ball rolling for technical studies.

By February 16, the call for tender for the expression of interest was published and 350 companies declared pre-qualified for the execution of the projects. As at date, administrative pre-conditions have virtually been fulfilled.

-         The state of infrastructure and diagnosis of biomedical equipment of the Yaounde and Douala General Hospitals as well as the Yaounde University Health Centre have been completed.

-         Companies have been notified on contracts for architectural, technical and environmental studies for the eight hospitals to be constructed at regional headquarters.

-         Urban roads totaling about 232 kilometres to be rehabilitated in Yaounde and Douala have been validated,.

-         Topographic and geological studies on sites to host modern slaughter houses in Ngaoundere and four cool houses in Yaounde, Kribi, Ngaoundere and Ebolowa have equally been completed while land excavation has been undertaken in Yaounde and Ngaoundere.

-         Contracts on the construction of 900 water points and 19 potable water supply projects in the ten regions have been awarded.

-         The technical file on the creation of the first set of agricultural pole, “agropoles” in Meiganga, Banyo and Ngaoundere has been finalized.

-         13,000 hectares of hydro-agric zones have been identified in the Far North Region and the contract award process put on rail.

-         38 contracts on the construction of border security posts have been awarded, 20 for National Security and 18 for the Gendarmerie.

-         As concerns the National Security, work has started on foundations in the Far North, North and Adamawa Regions.

-         As for the Gendarmerie, six out of ten sites have been identified in Yaounde for the construction of Gendarmerie posts.

The most significant projects are yet to be visible. This, according to the Prime Minister, can be explained by the fact that the first year of implementation was devoted to getting the projects mature and finalizing contract procedures. The remaining two years will witness an upsurge in the execution of the projects. In this light, government has to work hard in order to raise the finances needed for the projects.

Technical and geological studies have to be accelerated for some projects and contract award process put on fast track. The financing of road construction projects and others related to agriculture and territorial development depends so much on the result of the Eurobonds issued for the first time by the State of Cameroon some weeks back