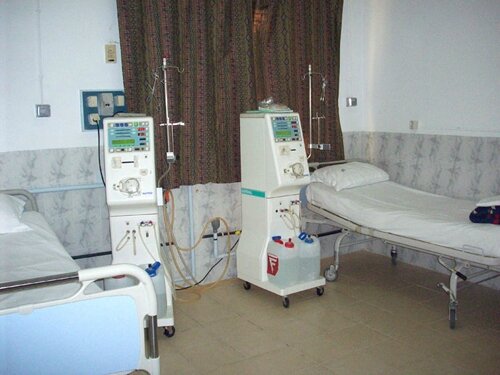 Gloria Ashuntantang, Associate Professor of Nephrology, Faculty of Medicine and Biomedical Sciences, University of Yaounde 1, talks on government's efforts to handle the increasing number of patients on dialysis.

What explains the fact that the number of patients on dialysis in Cameroon has doubled in two years?

In December 2012, we had about 390 patients on dialysis. By December 2013, the number had risen to 920 patients. Two things are responsible for this. The most important is the creation in December 2007 by President Paul Biya of dialysis centres in each region. Today, we have nine government centres already, with the Adamawa and West Regions still to have their own dialysis centres. So it makes access easier. Also, dialysis is subsidised in Cameroon. Dialysis costs about 100,000 FCFA per session and these patients do it two or three times a week. But the government pays most of the cost and patients only spend 5,000 FCFA.

Access to dialysis has increased and we might only say that many people who had kidney failure were dying because they could not afford the 75,000 FCFA per patient at the time. Secondly, the number of people with kidney problems is increasing all over the world. This is due to diabetes, the increase in the use of un-prescribed drugs, which people call ‘natural drugs’, food supplements, etc. Also, HIV is an important cause of kidney disease, but the good news is that with antiretroviral treatment, cases of kidney failure from HIV are decreasing.

How are dialysis centres in the country coping with the sudden increase in the number of patients?

These centres, even though they are situated in hospitals, have separate budgets. The budget for dialysis increases each year to cope with the growing number of patients. Patients from time to time go on strike because of shortage of dialysis material, which are not available locally. Sometimes, it is the result of delays in imports. However, Cameroon is one of the few countries to subsidise dialysis.

In neighbouring Nigeria and other countries, dialysis is all paid for by patients such that most patients don’t spend up to three months on treatment. But in Cameroon, we have patients who have been on dialysis for 10, 15 and even 20 years. The cost is high no doubt, but we must appreciate government’s efforts in reducing it. What is left for us is to cope with the increasing number of patients.

How long can a patient on dialysis live?

The truth is that people on dialysis have a higher chance of dying than those who are not. The longest survivor in the world was on dialysis for 45 years. In Cameroon, the longest survivor was on it for 21 years. So, patients can live as long as possible, depending on several factors. The kidney has many functions. The main one is the elimination of waste, but it also partakes in the production of blood, Vitamin D, calcium, etc. Dialysis corrects only the elimination of waste. So, patients have to take medications separately to avoid anaemia and Vitamin D deficiency.