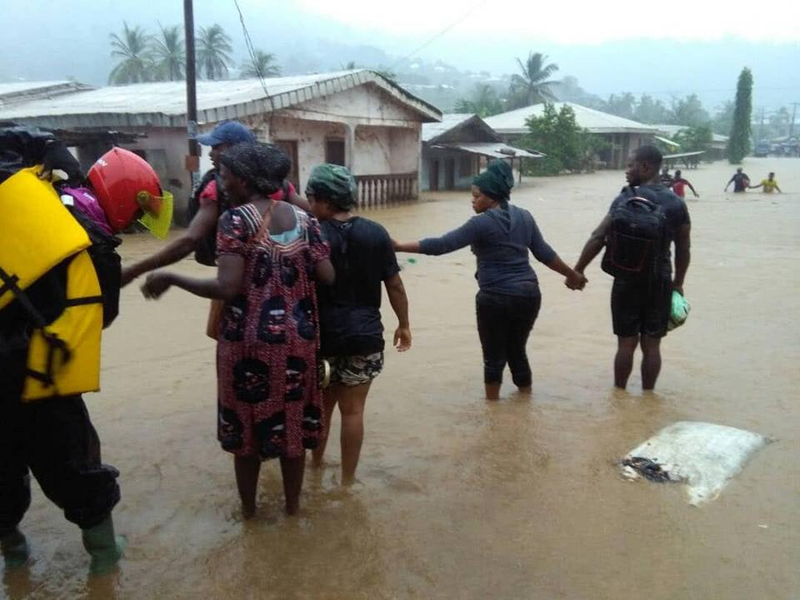 After identifying the causes as mainly natural and man-made, a crisis committee will provide immediate and long-term solutions.

After the widely reported case of 2001 which left some 20 deaths, the City of Limbe is again submerged in water and mudslides. The causes range from nature’s change of climate inducing heavier down pour to humans’ stubbornness constructing houses on waterways and hill slopes. Yet, geography experts evaluate Limbe soil as loose and prone to gliding.

lood consequences often take a toll on human life and property. Traffic is much perturbed in Limbe where roads are covered with running water like in Ngeme and Mile II or standing water like in Down Beach.

The current incident making news in Limbe is that of 24 July, 2018, when a mudslide from heavy rains covered a home of five in Bonjo Quarters near Down Beach killing three and the mother survived with a baby. The death toll aggravated regrettably because some good Samaritans who hurried to the scene to rescue ended up under the rubble.

According to Ekema Roland, President of the youth wing of the CPDM in Limbe, “three adults were initially covered in the ruins on 24 July, eight sympathisers rushed to their rescue but only one rescuer has been seen by 27 July, 2018.”

Bonjo, a hitherto quiet locality in Limbe III council area, was not affected in previous landslide incidents. But its turn this time has surfaced a lot of questions as to what is hampering the provision of a master plan for the about 400,000 populous city of Limbe. Why are the authorities not relocating those persons perching on high risk zones?

These questions of governance will soon be answered as a crisis committee has been set up to work at the Senior Divisional Office in Limbe to provide immediate and long term solutions to avoidable situations of disaster.

With the Director of Civil Protection at the Ministry of Territorial Administration, Yap Mariatou, having visited the City of Limbe under the floods last 25 July, alongside the Governor, Bernard Okalia Bilai, the hopes are rife for quick and lasting solutions to a problem that appears complex.

Land, funds, census of displaced persons and field action are required to relocate affected persons and those sitting on risk zones.